On today's CNN's Reliable Sources, Margaret Carlson made the point that there's been lots of coverage on the healthcare law (Obamacare).  Where? 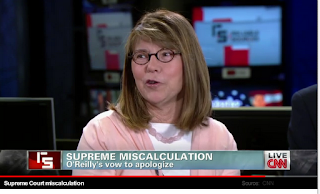 Sure, there's been lots of name calling.   Sure, there has been one generalization after another.  But where oh where has there been thoughtful reporting about the challenges facing American healthcare?   How can ours be the only industrialized nation where citizens go bankrupt from medical bills?   Why is that and how has it been examined on CBS, NBC, ABC and Fox?

Why was single payer so quickly abandoned?  What can we learn from other countries?

Frontline has done some excellent work.   But where on network television has this issue been thoughtfully reported?   If you have any URL's of first-rate examples, please send them.   Thank you.
###
Posted by Karl Idsvoog at 1:21 PM