WHY DOES A UNIVERSITY AGREE TO VIOLATE THE LAW?

In its contract with a Philadelphia consulting firm that specializes in branding, 160over90, Kent State University agreed to let the private firm hold public records hostage.  Here's the relevant portion of the contract:

What's that black spot?   That's the number of days the private firm has to review and redact information it doesn't want the public to see.   But that's not how the law works.

Under Ohio law, public records cannot be held hostage.  A private firm cannot have x number of days to determine when and if a portion of a public record can be released.   University counsel should review page 11 of Access With Attitude - An Advocate's Guide to Freedom of Information in Ohio by Ohio's premier 1st Amendment attorney Dave Marburger and myself. That's where university lawyers will be reminded that under Ohio law, a public agency cannot "establish a fixed period of time before the agency will respond to a request unless that period is less than eight hours." 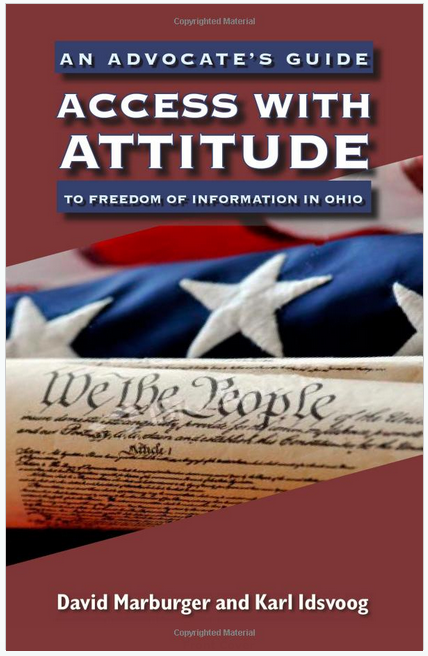 A private firm does not have the ability to determine what is and is not a public record.   That's determined by state law.  Why did the university agree to a contract that's an obvious violation of Ohio's public records law?  Here's the timetable.

Kent State University announced it had a hired a firm to come up with the university's strategic vision.  Akron Beacon Journal reporter Rick Armon asked for a copy of the contract.  Kent State sent Rick the contract and redacted several portions, including financial terms.  You can read Rick's story here.

What would it cost?   How much is the public state university paying for this consultant?   Here's what the redacted contract provided by Kent State University shows.

Akron Beacon Journal reporter Rick Armon persisted, and Kent State University finally decided it should obey state law and provided the contract.   Thanks to Rick Armon, citizens of Ohio can now see the terms of a contract that had been improperly withheld from the public.   You can read his updated story here.    In the un-redacted contract, the public can now see how long (ten days) the university was going to allow the private firm to remove information from a public record.

And the public can now see the financial terms.

I've requested an on-camera interview with Kent State University's legal counsel.   So far, the university has not responded to my request.  Why would university lawyers agree to a contract that obviously violates Ohio's public records law?   I hope to post the video answering that question here.

Posted by Karl Idsvoog at 8:33 PM No comments:

A Message to Our Favorite Anchormen

THANK YOU to Brian Williams & Bill O'Reilly
from students in my writing for audio & video class!

Posted by Karl Idsvoog at 4:05 PM No comments: