Donald Trump has possibly missed the best opportunity of his entire campaign, and he's been missing it month after month. 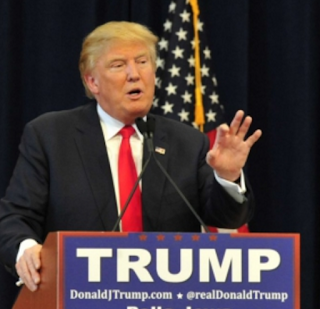 As the New York Times reports, Trump may have avoided paying taxes for years.

If Trump wanted to persuade voters to support his candidacy, the smartest tactic he could have taken would have been to release his tax returns months ago.   Those returns would have shown the millions he took in losses, and how he then legally used those losses to offset income and to avoid paying taxes year after year after year.

Unfortunately, Trump's tax plan helps people like Trump.   But Trump voters won't look at his tax plan.   In the land of the uninformed angry electorate, Donald Trump not paying taxes could have been used as a superb talking point FOR, not against Trump.

From a reporting standpoint, we need solid reporting on the tax code and how it's designed.
For cable and network television news, that's unlikely to happen because an examination of the U.S. tax code requires actual reporting.   That takes time.   That takes an investment in journalism.   And the networks main concern is the same as Trump's:  money.   To be fair to Donald Trump, he is interested in more than money.  He's also interested in beautiful women, but apparently only the skinny variety with big tops.

When journalism fails, bad things happen.   That's why Trump is the nominee.  Just think of all the beauties working at the White House if he gets elected, one job after another for a Hooters server.  What a guy!