The network's biggest star is a serial harasser.   What did FOX do years ago when associate producer Andrea Mackris wouldn't tolerate the harassment and filed suit?   FOX paid millions to keep her quiet.

Review some of the material in the court record available with a click on your favorite topic
at the Smoking Gun to get a true flavor of just how despicable O'Reilly's behavior is and ask one question:  would any responsible corporation with any ethical standards keep Bill O'Reilly employed?    No, of course not.

But this is FOX. 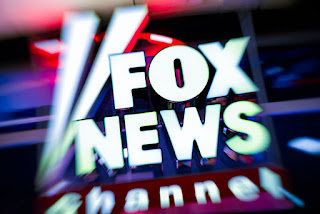 So when FOX decides to finally fire a disgusting individual who should have been shown the door after harassing his first female victim, its memo announcing the departure of a serial sexual harasser demonstrates the leadership of the corporation has zero regard for women.


‘‘We’d like to address questions about Bill O’Reilly’s future at Fox News. After a thorough and careful review of allegations against him, the Company and Bill O’Reilly have agreed that Mr. O’Reilly will not return to the Fox News Channel.
This decision follows an extensive review done in collaboration with outside counsel.
By ratings standards, Bill O’Reilly is one of the most accomplished TV personalities in the history of cable news. In fact, his success by any measure is indisputable. Fox News has demonstrated again and again the strength of its talent bench. We have full confidence that the network will continue to be a powerhouse in cable news.
Lastly, and most importantly, we want to underscore our consistent commitment to fostering a work environment built on the values of trust and respect."


“Over the past 20 years at Fox News, I have been extremely proud to launch and lead one of the most successful news programs in history, which has consistently informed and entertained millions of Americans and significantly contributed to building Fox into the dominant news network in television. It is tremendously disheartening that we part ways due to completely unfounded claims. But that is the unfortunate reality many of us in the public eye must live with today. I will always look back on my time at Fox with great pride in the unprecedented success we achieved and with my deepest gratitude to all my dedicated viewers. I wish only the best for Fox News Channel.”
==================
Nobody pays millions to settle allegations that are totally unfounded.
It does, however, make sense that the number one anchor on the network that has demonstrated since its founding absolutely no regard for the profession of journalism, that its main star attraction would put a bold face lie in his closing statement.
FOX and Bill O'Reilly and Roger Ailes:  there's never been a trio more insulting to women or to journalism.    Send a message to FOX.   Turn off the "who do we hate today" channel. Turn off the "verifying facts prior to broadcast doesn't matter" channel.   Turn off the "it's fine to pay millions to men who harass women and who in turn them pay the victims millions to keep their mouths shut" network.  Turn off the "we have no regard for professional journalism" channel.   Turn it off.
###

Posted by Karl Idsvoog at 7:56 AM No comments:

What Do Fox Affiliate General Managers Say about O'Reilly?

There is an astounding sentence that's hard to believe in this New York Times piece on Bill O'Reilly.

"And inside Fox News, three women who work in the newsroom said that the continued support of Mr. O’Reilly by Fox News and its parent company, 21st Century Fox, led them to question whether the company was committed to maintaining a work environment “based on trust and respect,” as executives had promised last summer after the network’s founding chairman, Roger E. Ailes, was ousted."

Are local Fox general managers going to take a stand against sexual harassment?  If so, they'll complain to corporate.   That's what should be happening.   More than likely, the Fox affiliate general managers will be quiet.   They won't want to stand up for women, not when money is involved.

As the parent company has demonstrated since its founding with serial sexual harasser Roger Ailes at its head, it doesn't care about sexual harassment.  It cares about money.

Here's an easy worthwhile local story.   Call your local Fox GM.   Has the GM complained to corporate about Fox failing to fire O'Reilly?   If not, how come?   What do women in your local Fox newsroom think should be done with O'Reilly?  What do the men think?

Sexual harassment should not be tolerated in any workplace.   It will persist as long as everyone stays quiet and does nothing.    Will O'Reilly continue on at Fox?   Most likely.  Attorney Lisa Bloom aptly and accurately describes Fox News headquarters in New York as the "Bill Cosby of corporate America."
Will the parent company take substantive and strong deliberative action to change that?  Probably not.  It doesn't care about sexual harassment.  If it did, Roger Ailes never would have been hired in the first place,  and O'Reilly would have been fired long ago.   Fox IS the Bill Cosby of Corporate America.   For viewers who think sexual harassment is wrong, turn off Fox.   Turn off the station that supported the candidate for president who thinks it's ok to grab women.   It's not.  Not ever.  Sexual harassment is wrong.   It's always wrong.   It should never be tolerated, and neither should corporations who allow it year after year after year after year because the harasser has a show with high ratings.    Turn off Fox until Fox turns off Bill O'Reilly.